The planet is spinning off its axis. Humankind is at a tipping point. We are heading towards disaster. Divided, we will fall.

A medley of compelling spoken word performances, Rallying Cry offers the stage to some of the country’s most outspoken artists to address the state of the nation and imagine a better tomorrow.

Joelle Taylor, Chiedu Oraka, Zena Edwards and Francesca Beard perform newly commissioned work on the theme of protest. Interrogating the body as political placard, class and the desperate and challenging need for unity in this time of division, Rallying Cry is a call to action.

CHIEDU ORAKA
Born and raised in Hull, Chiedu Oraka is a rapper and pioneer of the alternative urban scene, and hailed as the sound of northern working-class England. Chiedu has supported some of the UK’s leading Hip-Hop and Grime MCs.

JOELLE TAYLOR
Joelle Taylor is an award-winning poet, playwright and author. She is the author of three full collections, including her latest: Songs My Enemy Taught Me.

ZENA EDWARDS
Raised in Tottenham, Zena Edwards is one the most unique performance poets to come out of London. She has two one-woman shows, Security (2009) and Travelling Light (2011), which both toured internationally to critical acclaim.

CONRAD KIRA
MC/Producer and DJ from South London, once described as the Grime Napoleon Dynamite.

After Rallying Cry, I feel like we can at least imagine a better tomorrow. 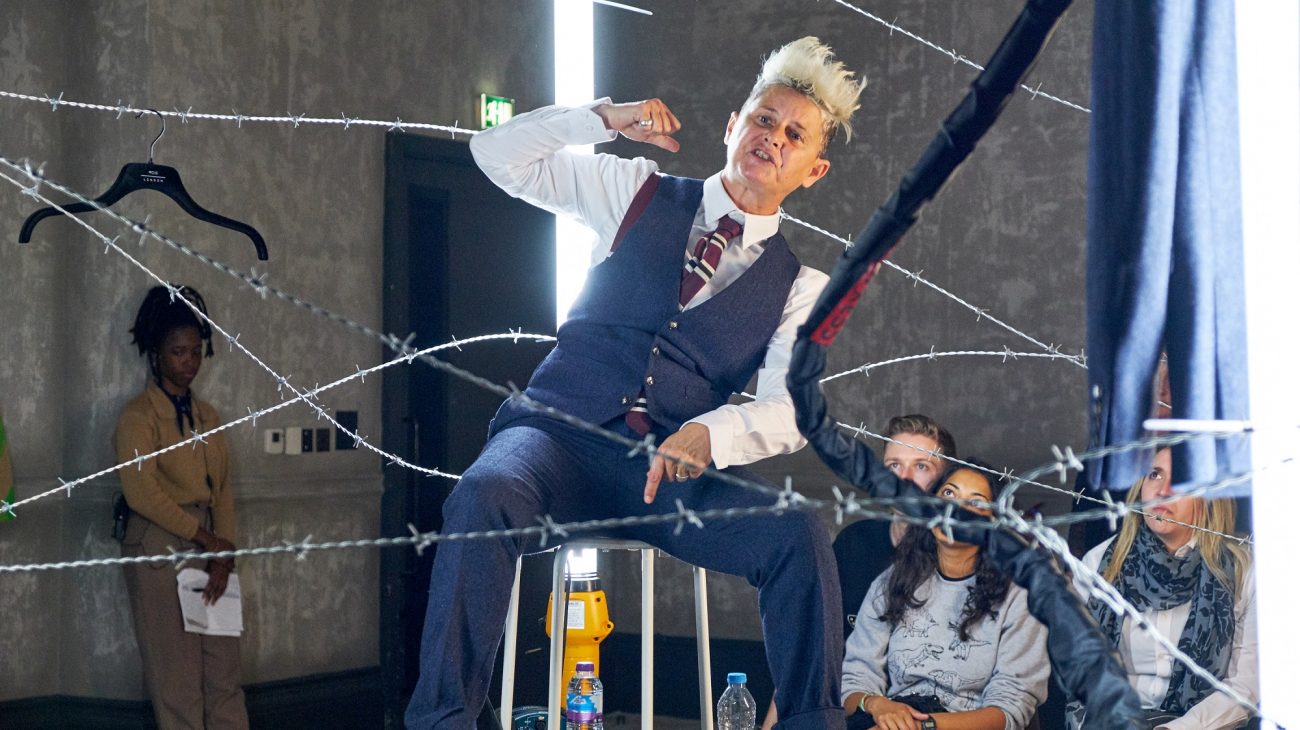 The performance lasts for 80 minutes and audiences will be standing.
If you cannot stand-up for 80 minutes, you can still come! Please use the Accessibility contacts below to let us know if you will need a seat.

Concession tickets are available for students and Lewisham residents. Proof of ID and/or address is required.